Give me a complicated anti-hero over a classic “good guy” any day! I love reading about anti-heroes and I love writing them. Of course, using an anti-hero as a protagonist is tricky and risky. Even the edgiest, darkest protagonists have to be likable, or the reader will put the book down.

In Destruction the protagonist is man who cheated on his wife. Considering the fact that most of my readers are married women, using a protagonist like this is almost stupid. But, in my opinion, it also makes it interesting. I actually originally intended to write the story from the wife’s perspective, but I am so glad I didn’t.

David, my main-character, isn’t the only anti-hero in the story. Most of my main characters are dark wizards, and although in my story good and evil are far from black and white, dark wizards generally aren’t likable people. The wife, Amanda, actually seems to anger people the most. She’s cold and sometimes selfish, and driven by fear.

I suppose it’s still up for debate as to whether or not I’ve successfully created likable anti-heroes, but most reviewers say things like, “I really wanted to hate David, but I just couldn’t.”

This is one of the most important elements in Destruction. My characters may not be the greatest people, but they know how to love. At the end of the day, most of their actions are driven by love. Although my readers may not identify with an adulterer, they do understand a man who loves his wife and kids more than anything. Imagine how different many antagonists would be if they loved. For example, in the Harry Potter series, love turned Severus Snape from a villain to a hero in a few lines.

No one roots for a bully, and that’s because bullies prey on the weak. However, we love to see bullies get what they deserve. When your character is the underdog and they take down someone powerful, they can get away with almost anything and we’ll root for them.

I’m not going to say that the ends justify the means, but it certainly helps! One of the best and most ambitious anti-heroes of all time is Dexter Morgan from Dreaming Darkly Dexter and the Dexter T.V. series. Although Dexter has a lot of good anti-hero qualities, the most important key to his success as an anti-hero is that he only kills bad guys. Would the story have worked if Dexter killed innocents? Definitely not. Even if Dexter’s means are dark and sometimes repulsive, we agree with the result. Horrible people get what they deserve and justice is served for the victims.

In a literary sense anyway, heroism is not about being a good person. A hero is an active character. It’s someone who actively changes their circumstances. Someone who believes in something. Someone who takes risks for what they believe in. Whether their intentions are good or evil, active characters are ALWAYS more likable than passive ones.

Everyone has some darkness in them, and few people are pure evil. Therefore, if you want an anti-hero, make them realistic. They are not the cartoon villains. They are real people just like you and me. This was another very important component to Destruction. I heard this a lot about Amanda–“I didn’t agree with what she did, but she was just so darned real.” I’m definitely not an adulterer, and I’m much more open-minded than Amanda, but when creating David and Amanda I still made them very much like me. I imagined what I would do or think if I was in their shoes. With this, I hope that readers will also see themselves in the characters, and people are much more likely to root for people who remind them of themselves. 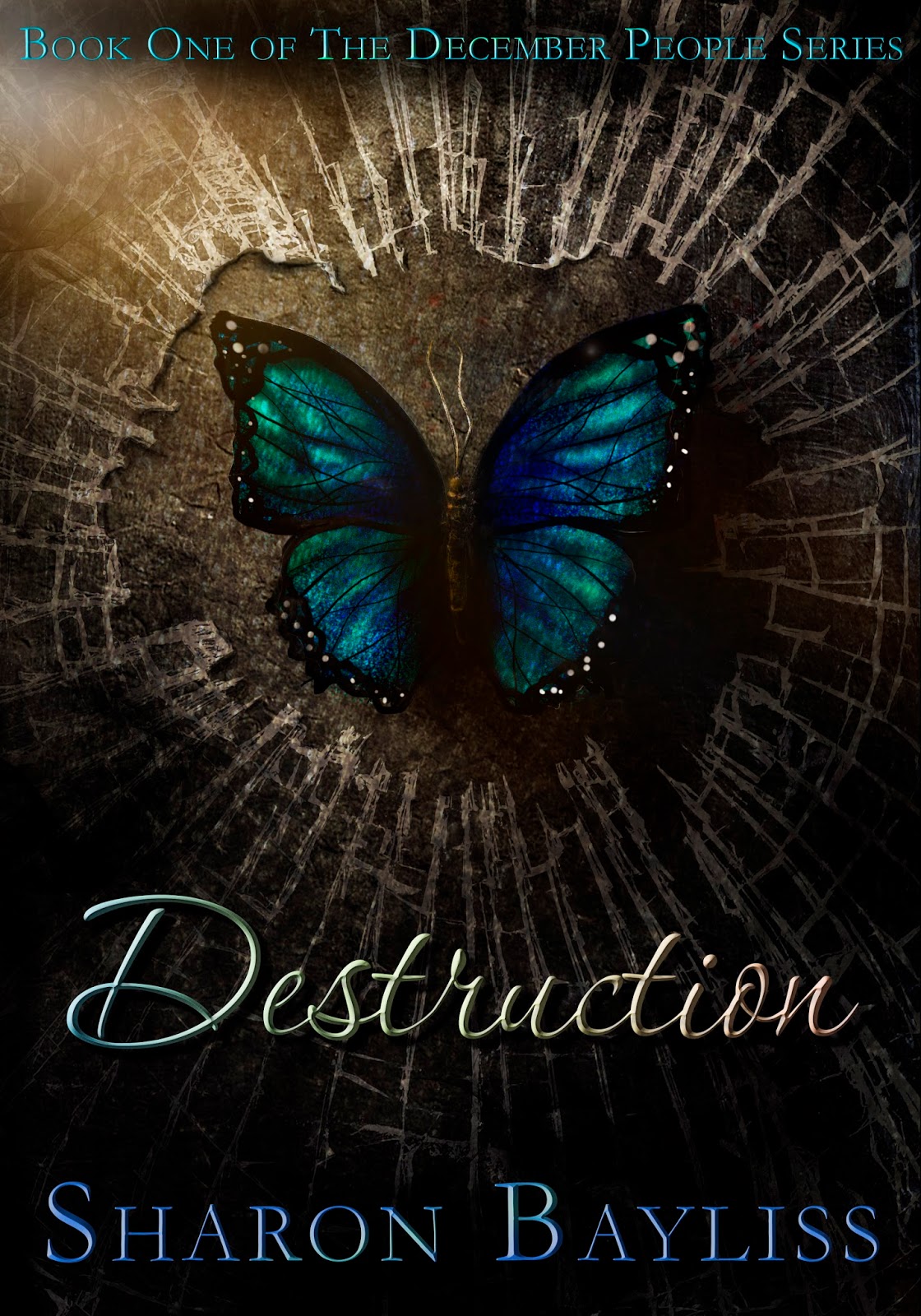 Sharon Bayliss is the author of The December People Series and The Charge. When she’s not writing, she enjoys living happily-ever-after with her husband and two young sons. She can be found eating Tex-Mex on patios, wearing flip-flops, and playing in the mud (which she calls gardening). She only practices magic in emergencies.